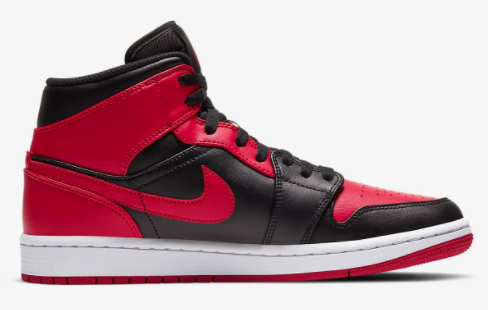 - Many reviewers have proven that the Air Jordan 1 High React is considered the most comfortable of Air Jordan sneakers.

- Some critics complained that the Nike Air Jordan React felt a little tight on the toes.

- Several video reviewers do not recommend adding it to any sneaker series.

- Some people think that Air Jordan is sold at an expensive price.

Jordan has made many changes to Nike Air Jordan 1. Unlike the classic model, which is smooth and symmetrical, the modern version of Jordan 1 has a futuristic style and overemphasized details. For example, the wavy React midsole replaces the smooth midsole of the classic version, bringing a more comfortable wearing experience.

I was so excited to get my hands on these shoes. Great quality and fits perfectly. I got mine in a size 5.5Y
CatH

He is very happy with it! They fit perfectly (he is 11.5). They are exactly like the pictures.