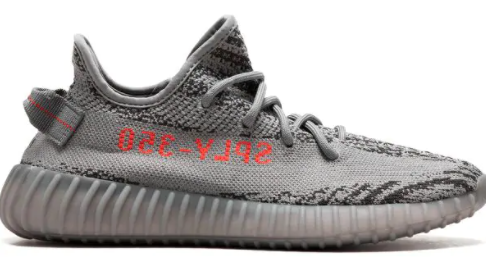 - Many people are impressed by the quality of the materials used in Adidas Yeezy Boost 350 V2.

- Some people confirmed that the Boost sole of this model is softer and more comfortable than NMD.

- Some people have confirmed that it can be worn with a variety of clothing.

- According to some reviews, the Adidas Yeezy Boost 350 v2 is easy to travel and carry because it is easy to put on and take off.

- Several commenters pointed out that this shoe runs a bit tight, especially in the forefoot area.

- Others revealed that Yeezy 350 Boost v2 will take a long time to get the right comfort level.

The first version of Adidas Yeezy Boost 350 was released globally on June 27, 2015. Adidas Yeezy 350 Boost v2 made its debut on the Yeezys Season 3 show and was released on September 24, 2016. Compared with the previous version, the Boost sole of this version is larger.

Adidas Yeezy Boost 350 V2 is characterized by a redesigned Primeknit upper. Post-dyed monofilament side stripes are woven into the upper. The laces are decorated with reflective light, and the midsole uses adidas' innovative BOOST™ technology.

Adidas Yeezy Boost 350 V2 is a reliable lifestyle sneaker that can be worn for night outings, travel and other occasions. Sometimes, for many millennials, wearing Yeezy sneakers has become a fashion icon.

This is my 2nd pair the first pair I bought the sneaker fit perfectly . I bought another pair for my son and I don’t know if the back of the sneaker is defective but for that price nothing should be going wrong with them. As soon as he put them on the back part by your ankle bends to far back. Disappointed by the 2nd pair!!
Ben F. Small

Loved them. They are authentic. ❤️❤️❤️
ANDREW BLAKE

I am going to get another pair